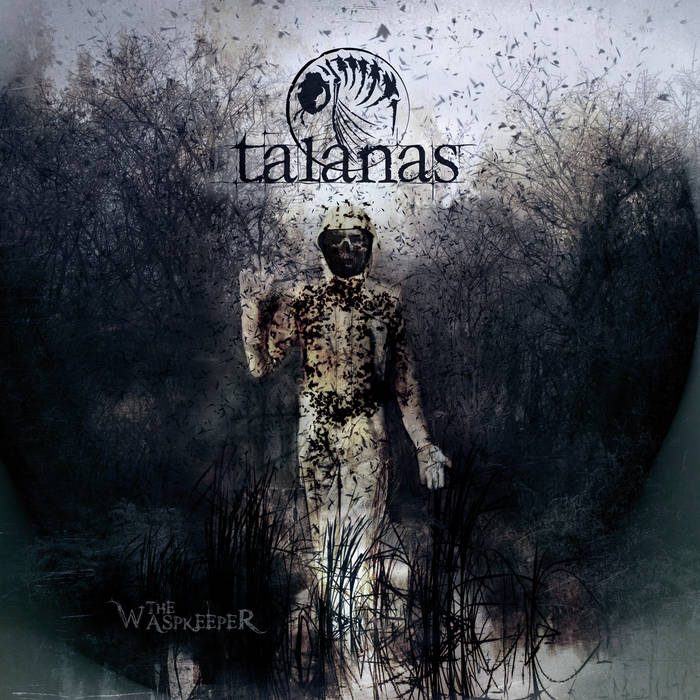 Ian Kinder Fantastic and unusual combination of the melodic and metallic. Discovered via rooster, and now easily one of my favorite metal acts. Highly, highly recommended to all who enjoy a little hardcore with their gothic themes. Favorite track: messaline.

"The only hard rock artists to be nominated for the Mercury since 1992 are Biffy Clyro and the Darkness. The message seems to be that in 19 years, nothing else from the entire genre has come close to attaining the vertiginous heights of musical achievement scaled by albums that did get nominated, among them Simply Red's ‘Stars’, Sting's ‘Ten Summoner's Tales’, Richard Ashcroft's awful solo debut ‘Alone With Everybody’, and ‘X&Y’, a Coldplay album that even Coldplay seemed to think was a bit beige for its own good. You don't have to love metal – in fact you don't even have to like it at all – to concede that this probably isn't the case.
No expert, I did what I always do when a question about metal hoves into view: I rang my friend Dom Lawson, music journalist and devoted metalhead. Dom confirmed that, yes, over the last two decades, the genre had produced some albums he felt were perhaps a little better and more groundbreaking than ‘Ten Summoner's Tales’. There were albums by Akercocke, Iron Monkey and Sikth. There was The Codex Necro by Anaal Nathrakh, a record I fervently wish had been nominated for the Mercury, purely because I'd like to hear Jools Holland say "Anaal Nathrakh" on BBC4. This year, Dom suggested, TesseracT, Skindred, Your Demise, Talanas and Anathema had all been overlooked."
THE GUARDIAN NEWSPAPER

"Eclectic extremists turn on the style – Originality is such a rarity these days, that when it does appear, it leaps out at you like a backstreet knife attack. Not strictly death or BM, nor straightforwardly progressive or gothic, Talanas have conjured a genuinely unusual and characterful sound from familiar ingredients. This is an assured debut album that covers a great deal of musical ground while craftily remembering to leave a trail of sonic breadcrumbs that lead back to their dark, metallic heart. The fluid shape-shifting of A Fortune Worth Its Disguise exemplifies the Talanas ethos: by turns brutal and fast-paced and then languorous and haunting, it speaks of untamed imagination and great creative resolve. A brave new dawn for the British underground." 8/10
METAL HAMMER MAGAZINE

"This is the soundtrack to a terrifying waking dream. Talanas revive the spirit of Opeth’s genre defining Blackwater Park and give it a very British spin on their dynamic and long-awaited debut. If the London four-piece’s EP Reason & Abstract might have offered hints of what they were capable of musically, then The Waspkeeper is a more extreme affair that really pushes them to the limits. Opener Ananta (The Portrait) is an explosion of brutality that continues throughout the release, gathering up rich textures as it progresses. But to write this off as just another extreme metal album would be to ignore its diversity.
Ensconced in darkness with occasional glimpses of light, Talanas are as much inspired by Porcupine Tree and Anathema as they are by My Dying Bride and Akercocke (Jason Mendonca even contributes guest vocals on Penetralium). Yet this plethora of seemingly opposing influences is what ensures The Waspkeeper remains fresh and exciting. Messaline and Elsewhere, But For The Giving offer dynamic interpretations of progressively-structured modern metal, with a contribution from From Great Height’s Adam Ever cropping up on the former. Ending on the stunning gothicky two-parter The Unhealing, Talanas keep the prog flame burning brightly in some unexpected corners."
CLASSIC ROCK PRESENTS PROG MAGAZINE

"From the ashes of industrially-laced UK metal outfit Interlock, Hal Sinden has grouped together a darker, more aggressive outfit in Talanas. Gothic progressions a la Paradise Lost are fixed with barbaric death metal extremity in this debut album. The interesting dynamics in ‘The Waspkeeper’ will see Talanas rooted nicely in the UK underground.
Hotly-tipped extreme progressive metallers Talanas seem to have a thing about wasps. We’re not sure why, but it hasn’t stopped their proggy death metal looking like another stellar prospect for the UK extreme metal scene."
TERRORIZER MAGAZINE

"Extreme British metal with brains as well as balls – Formed by Hal Sinden and Joe Butterworth (the twins), former singer and drummer of Interlock, comes a new ferocious outfit, Talanas. Joined by Ewan Parry (Sredni Vashtar) and Mark Duffy (First World Circus), the London mob is firmly flying the flag for British metal. Taking influence from the likes of Akercocke and My Dying Bride, they masterfully merge brutality with intelligence to create extreme tracks that offer metal, prog and avant-garde. Debut EP ‘Reason and Abstract’ has now been backed up with 2011’s full-length ‘The Waspkeeper’. The brutality of the assault occasionally lets up with sumptuous vocals and progressive flourishes, all combining to show that Talanas offer more than just speed and thrash. What began as a reaction to promoting Interlock has now grown into something much more than that, and there will no doubt be plenty of people waiting to hear what comes next."
BIG CHEESE MAGAZINE